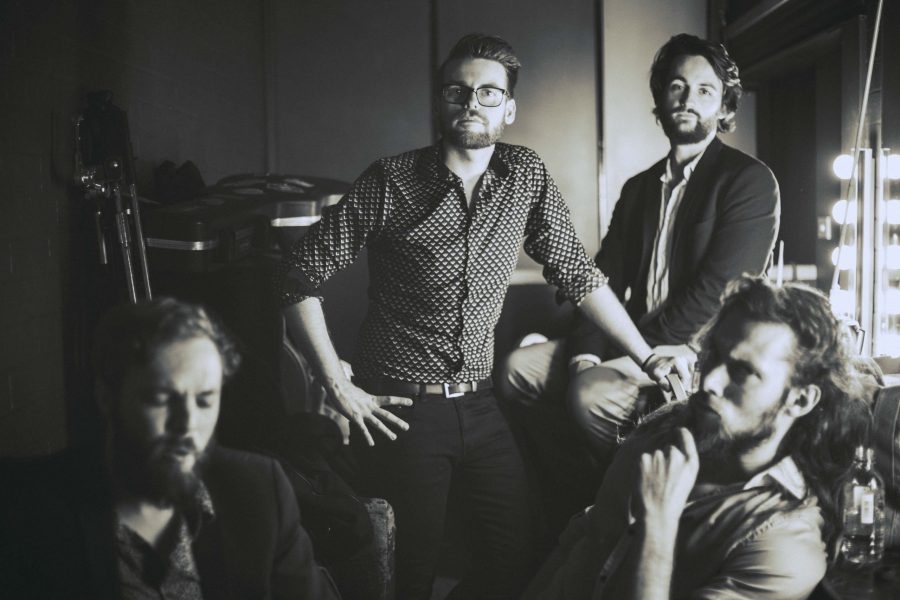 Blue Mountains rock’n’roller Gavin Bowles released an album during COVID-19 lockdowns and Music in the Mountains has a little listen . . .

Have you ever asked what happens when ‘rock kids’ grow up? If you haven’t pondered this one afternoon with a tinnie in hand, think about Aussie iconic rockers ‘The Living End’ – wonder what they must be doing now? Well, the answer is that they are still rockin’ (and as Gavin will point out – they are still tight to this day!) but if you think back to their punk-rockabilly rock roots, do you really think they are still raging against the machine today . . . of course not! They’ve now got kids and mortgages to worry about and probably prefer a good pinot noir on a Friday evening rather than an all-night bender. Well, I haven’t actually met these rockers, but I’ll assume they’ve grown up and spend their time worrying more about the same mundane issues we all worry about. Now, don’t get me wrong, these guys still put on a killer live show, but I’m also sure they like to put the kids to bed at night when they’re not on tour and aren’t exactly living the ‘rock’n’roll’ lifestyle when it’s their turn to do the school run. But think back to  ‘Prisoner of Society’ . . . .cause I’m a brat . . . and I know everything and I talk back . . . cause I’m not listening to anything you say’. So yes, they’re all grown up . . . so what should they be singing about now. This is where Gavin Bowles attacks his latest record, “This Year’s Modern”.

Gavin is another one of those millennial musicians who became interested in music in the 90s when ‘The Living End’ were in full swing, but unlike many of these musos, Gavin grew up. Now don’t get me wrong, Gavin resembles Elvis Costello with his open shirt, hipster glasses and meticulous hair, but he’s no longer contemplating his ‘Second Solution’ – he’s working a job he doesn’t really like and trying not to make too much noise to infuriate the neighbours, because at the end of the day, he’s got to keep paying the bills and he doesn’t really want to have an argument with Karen next door. This is where Gavin brings you ‘This Year’s Modern’.

Lyrically, this album speaks about all those little frustrations modern day life brings, which could sound a little heavy, but like many millennials wondering how they’re going to get onto the property ladder, Gavin has a sense of humour and shrugs off the dread. Songs like ‘Apartmentality”, “Slave”, “The Daily Grind” and ‘Ships in the Night”, Gavin paint a vivd story using very slick, intelligent and catchy writing. This is thinking man’s rock’n’roll with every track worth taking note of what Gavin is singing.

Musically, there aren’t any monotone or same-same songs on this album; there are ups and downs, and fast tracks and slow tracks, making the record as a whole a real good time with no dead weight to speak of. Its the sort of pacing which makes this an album to listen to from start-to-finish when you’ve got a big drive in front of you, with each song changing pace as the album progresses (which as it turn out is part of the production process when Gavin is recording). Gavin road tests every song in the car when producing to make sure you can head bang whilst stuck in traffic and you can beat the steering wheel whilst rockin’ out. He sharpens every single track to make sure it’s not too long, but has all the essential pieces and really showcases Gavin’s talent as a producer, as well as a performer and musician. It’s also clear Gavin worked at a rockabilly bar whilst writing the album as there is plenty of 50s guitar underpinning this album and tight drumming to keep everything rolling along. There’s even a little bit of sparkle of organ to really add colour to some tracks. Like Gavin’s hair, this album is meticulously crafted without even a hair out of place.

The two tracks that stand-out to me are “Can You Hear Me Calling” and “Modern Rage” and really showcase Gavin’s surprising vocal range. Gavin’s vocal’s are exceptionally well produced and crafted across the entire album, and really make every song a good time that will remind you of classic rock bands (like ‘The Living End’) that were doing their thang in the 90s.

This Year’s Modern is a mature, light-hearted romp that will remind you of classic rock tunes from your past, but grown-up, with no sign of any ‘hipster barista’ feeding you the next fad. This album doesn’t take itself too seriously and is a rockin’ good time, so definitely worth checking out!

Listening Conditions: Premium bluetooth headphones with good soundstage; turned up loud; a noisy van doing 110km/h down the M1 on a 2.5hr drive. Listened to & reviewed in one take.